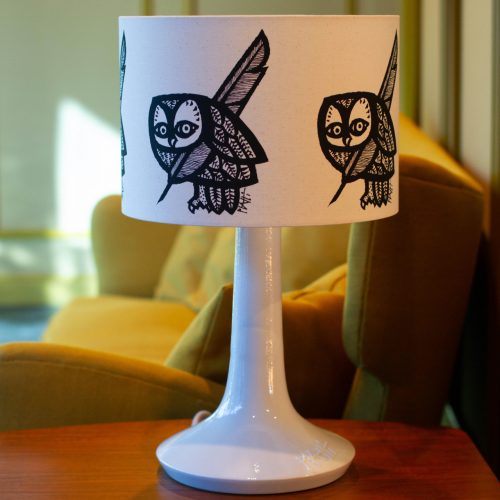 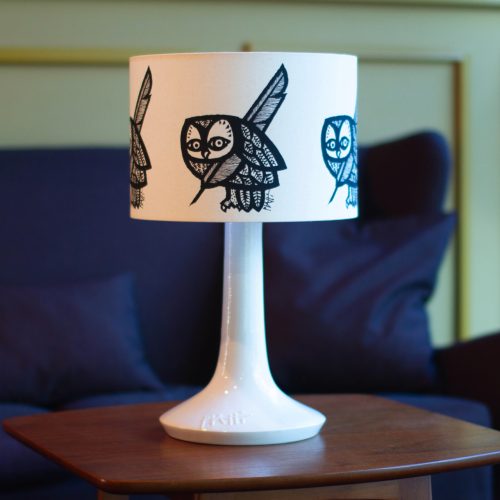 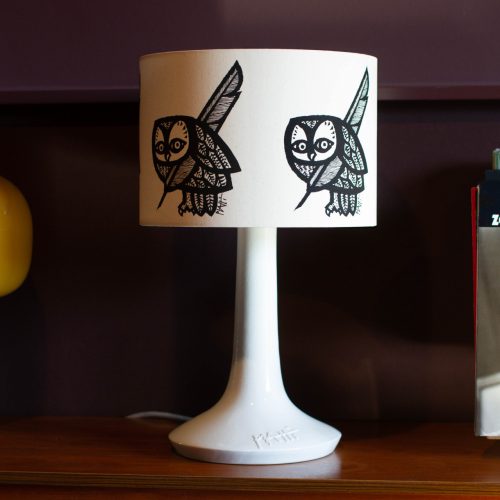 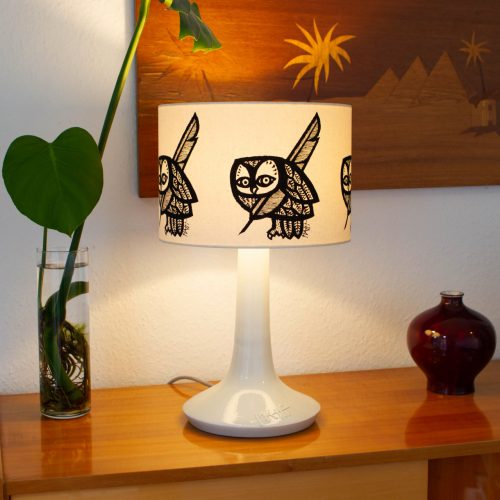 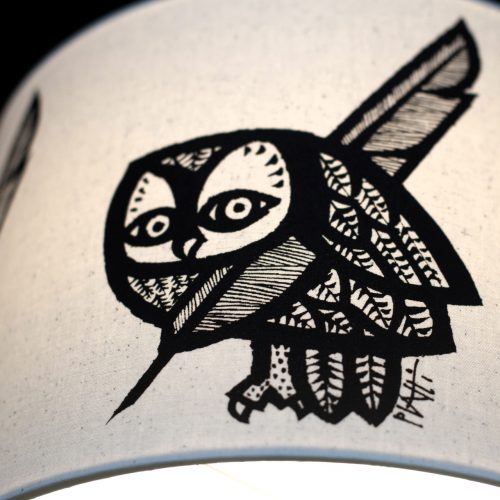 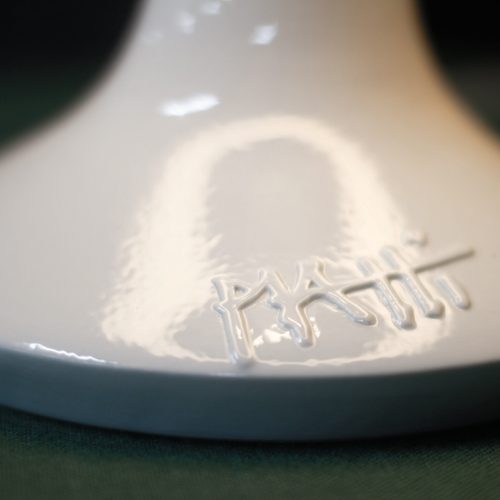 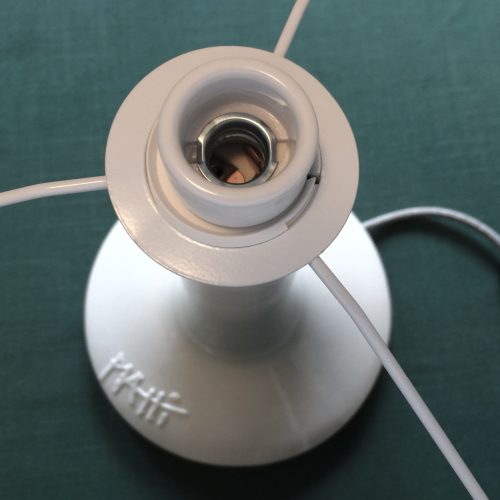 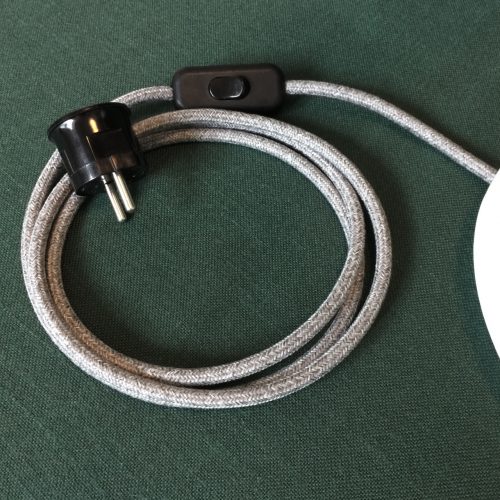 We are very pleased to present the product of our collaboration with Barbara Piatti of the association “Celestino Piatti – the visual heritage”: a purely handcrafted light object for the upcoming Piatti anniversary.

In the spirit of Piatti’s 100th birthday, this artistic luminous object is limited to 100 numbered copies. On the documentation page you can find more information about the Piatti light object, especially about the manufacturing process.

This item can already be ordered, but shipping will not take place until the official start of the anniversary on October 20, 2021.

We now turn the floor over to Barbara Piatti:

100 years Celestino Piatti
We celebrate a unique design career of the 20th century: the motifs of the Swiss graphic artist and illustrator Celestino Piatti (1922-2007) have found their way into the collective consciousness. In particular, his more than 6,000 book covers, which he designed for Deutscher Taschenbuch Verlag (dtv) from 1961 until the mid-1990s, his unmistakable posters for famous brands such as Rolex, Gauloises, and Campari, and his children’s books translated into many languages, including the world bestseller Eulenglück, were formative for generations.
He also created an immense wealth of paintings, prints, illustrations and sculptures that are part of his rich visual legacy. An old factory warehouse near Basel filled from floor to ceiling – the Piatti Archive – bears witness to this. In 2022, Celestino Piatti would have turned 100. The anniversary provides an occasion to honor his unique oeuvre – with several books (Merian Verlag, dtv) and with a handcrafted table lamp in the Piatti look.

Piatti as a craftsman artist
The free space on his work table was sometimes only just large enough to accommodate an A4 sheet by the skin of his teeth. “That’s always enough for a dtv cover,” or “I’m just a craftsman, I don’t work any differently than a goldsmith or a cobbler, they’ll be fine with a little space,” he said mischievously.
All around, everything was full of paint pots, opaque colors in tubes, turpentine bottles, ink bottles, boxes with oil and wax crayons, Japanese knives, glue, jugs with brushes in all sizes. A “hair dryer” (hair dryer), so that he could immediately apply the next layer of paint on top of the dried one, and a “copier”, a black-and-white copying machine, were the only technical tools he used.
The manual aspect of his art was very important to him, he was proud of it and emphasized it himself again and again, also in connection with his origin – his father was a Ticino bricklayer, who had built up his own business with hard work, his mother came from a Zurich farming family and also knew what it meant to tackle.
Celestino had the greatest respect for other experts in their respective fields, above all the printers. Above all, the old tradition of lithography was Piatti’s element – he went in and out of the Wolfensberger house in Zurich and maintained an intensive exchange with this lithography workshop. Linocuts were another of his specialties. In addition, there were sculptures made of wood, iron and chrome steel and clocks with hand-painted enamel dials, all created in collaboration with local craftsmen.

The owl as heraldic animal and trademark
The art object designed and realized by Print now – Riot later is to be understood as a homage to Celestino Piatti’s analog, handcrafted graphics and art, which he cultivated over six decades, from his beginnings in the 1940s until beyond the turn of the millennium.
The luminous motif – the owl with the feather – dates from 1968 and adorned the cover of the dtv catalog from that year. Owls were Celestino Piatti’s favorite animals, and even more: they became his trademark ever since he first used the wise night bird on a poster in 1953 in the service of books. In self-portraits he appears as a man with an owl or even as a feathered owl man. And no one knows exactly how many owls he has created in his lifetime, on book covers, on posters, on prints – in any case, there are hundreds that populate the folders, drawers, poster rolls and shelves in the archive… “You can draw the owl a thousand times, but you can’t get to its secret,” Piatti puts his fascination for the bird of prey with the big eyes into words.

“He had an almost unlimited pictorial imagination on the one hand, and a sense of the practically feasible on the other, such as I had never before experienced in such agreement in a graphic artist: the artist as craftsman, and the craftsman as artist.”
Heinz Friedrich, 1987

Important note: This product is sold as an “art object” – lampshade and base are each handmade and are not subject to machine or industrial production. Also the pre-assembled cable is connected by hand with the socket, so we must explicitly point out that you are buying a handmade art object and not a commercial, certified lamp. During the payment process, you will therefore be asked to click a checkbox in which we again point out this special circumstance, as we can not assume any warranty or liability.

Delivery only within Europe, delivery by October 20, 2021

All designs are printed by hand on natural textiles. In this manual process, small irregularities in the printed image can arise which underline the charming unique character of a screen print. Also the ceramic base is created in elaborate handwork and is unique each time due to the work process. All individual parts have been carefully checked by us for their quality.